Welcome to the official site of ALEXANDER CALIFOURNIA!

Your shopping cart is empty.

Your shopping cart is empty.

This year’s Super Bowl advertisers and their creators took to the big game with ‘big play’ approaches. From my perspective, many ads were hilarious, innovative, and creative inspiring myself (and others) to invest in their storylines before revealing company identities of the ads. Below, I’ve featured some of my memorable big winners from SuperBowl LV. 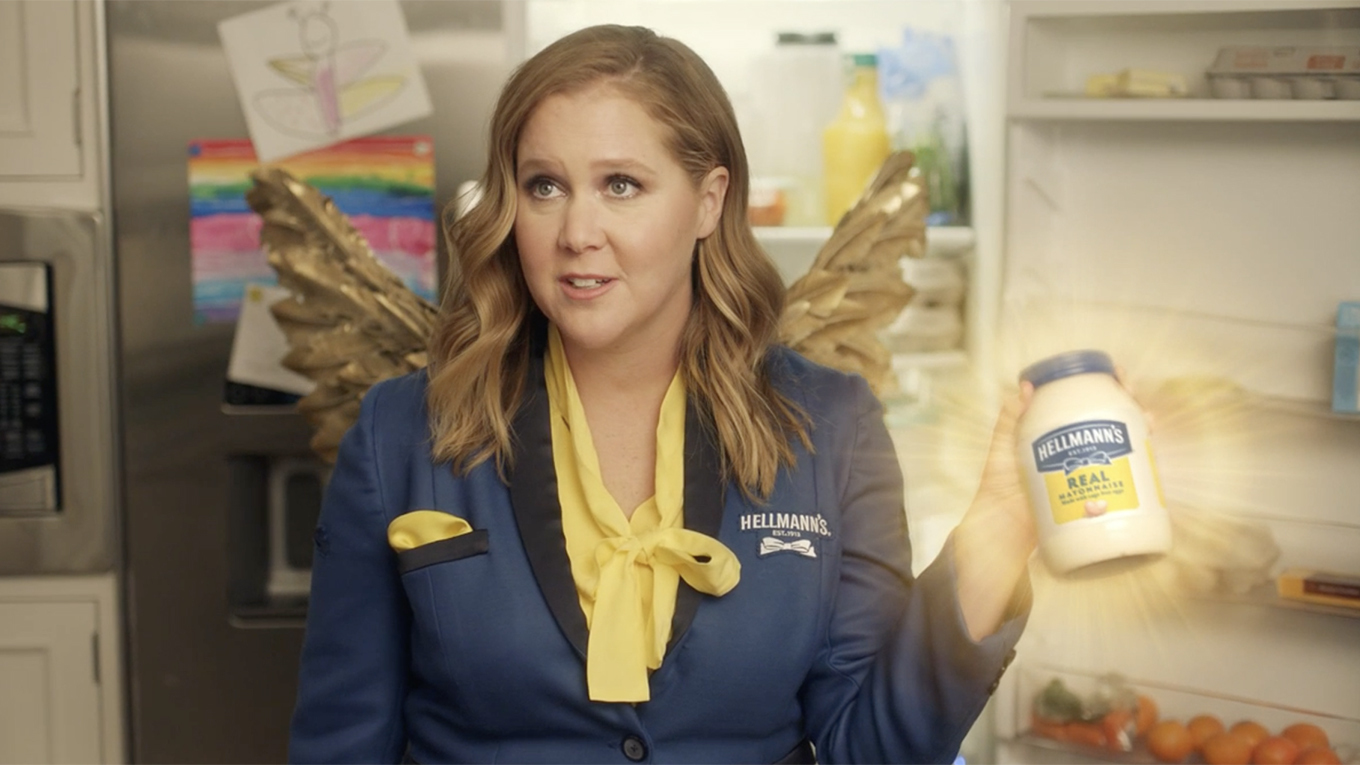 Brands like Hellmans, Tide, and Rocket Mortgage stood at the top of my list as the funniest ads from SuperBowl LV. A brand like Hellmann’s keenly took the cause & effect messaging approach by targeting America’s leftover meals of the big game. With whitty humor, Amy Schumer plays the hilarious role of Fairy God Mayo- speaking to the unconscious in many of us men who  begrudgingly open up that fridge perplexed by the random array of half finished food. This ad was a full out score because the plot’s messaging directly addressed families who throw too much food away. Hellmann’s mayonnaise reduces waste and creates magic by turning sad leftovers into tasteful dishes! 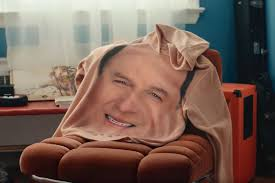 I also loved the concept of Tide’s 60 second SuperBowl ad. Featuring Jason Alexander, this ad begins with a mother scolding her teenage son for not washing his Jason Alexander Hoodie draped over a chair in his bedroom. When she asks him to reconsider his cleanliness, he replays visions in his head of the hoodie getting dirited, discarded, and distraught from day-to-day wear and tear. This ad is hilarious because Jason’s face on the hoodie morphs to the humane facial reactions caused by the dog drooling on him, being sat on at a park bench, gum falling on him off a school desk and other disgusting dirty moments. Tide cues up hit, Believe It Or Not by Joey Scarbury harkening back to the Jason Alexander’s role cast as George from the historic 90’s sitcom, Seinfeld. With an injection of nostalgia and comedy, this hilarious ad was such a success because it takes the clothing’s perspective cloaked as comedic relief. With an instantaneously recognizable face like Jason Alexander, it resonates in most people’s psyche as they envision classic episodes from Sienfeld. 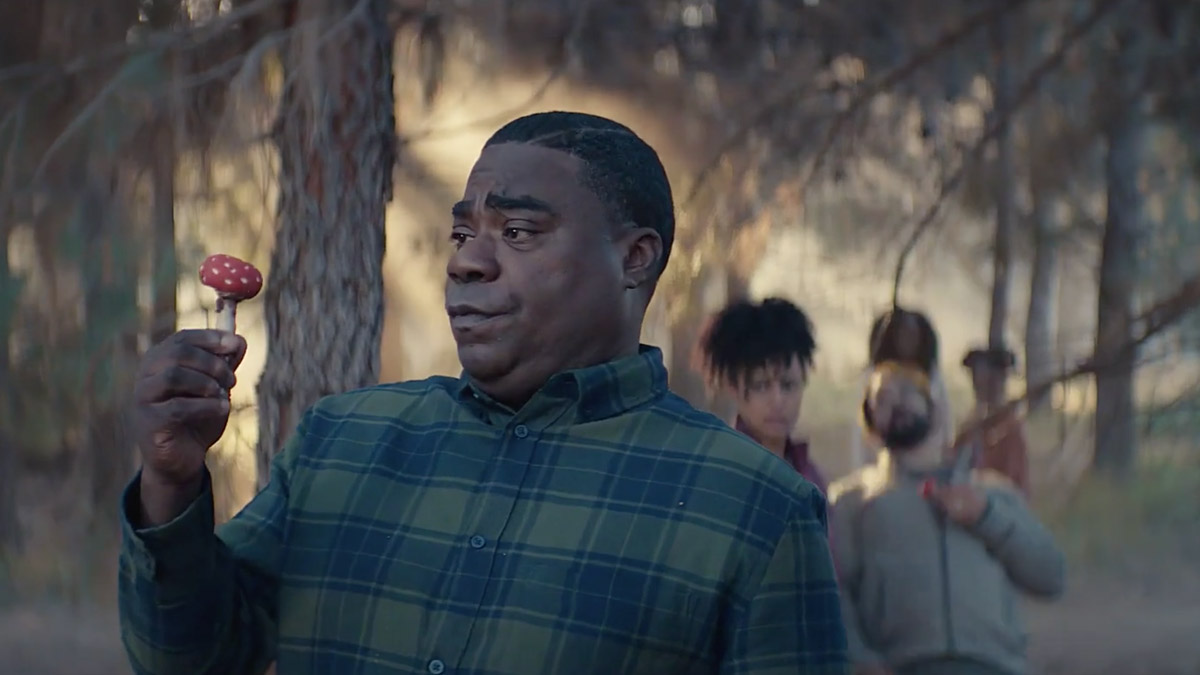 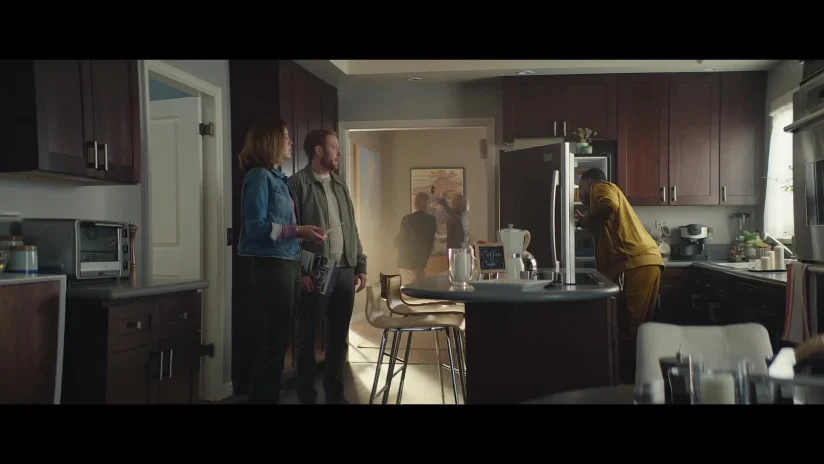 The ad campaign from Rocket Mortgage featuring Tracy Morgan puts confidence back in homeowners the way home buying should be. Their company’s campaign strategy addresses the boom of the housing market during a period of historically low rates replacing a mentality like ‘pretty sure’ with certainty- how home buying should be!

In one ad of this family touring a new home, Tracy Morgan shows the dangers of what a ‘pretty sure’ mentality can be. Shuffling through ricky behaviors; Eating poisonous berries in the woods, skydiving without checking parachutes, and poking beehives without PPE. Rocket Mortgage puts the confidence in its customers to buy, sell, and finance with certainty. In their sequel 60 second ad, a couple similarly tours another home with the ‘pretty sure’ mentality that comes to bite the husband in the a** getting bitten by snakes and getting hit by pro wrestlers in the ring. Rocket Mortgage’s strategy cleverly addresses a historically booming housing market with hilarities and absurdity rolled into one.

I found both the Miracle Gro + Scotts partnership and Paramount Studios as being some of the most innovative advertisements of this year’s SuperBowl. I admired all three industry titans' strategies for opposingly different approaches to developing well packaged campaigns. All three demonstrated innovative approaches with their messaging tactics, brand strategy, and product integration.

I loved the Scotts & Miracle Gro Partnership for the Lawn & Garden giveaway was a great partnership by Miracle Gro & Scotts. The concept of this campaign was to nominate lucky homeowners through their sweepstakes in a chance to win an all-inclusive backyard makeover. Similar to Rocket Mortgage, we’ve have seen the effects of COVID-19 subtly adjust the strategies of brands like Miracle Gro, Scotts, and Rocket Mortgage as both brand strategists reflect a booming housing market and the pandemic necessitating a home workforce for the past three quarters now. Featuring celebrities and cameos alike, The Dream Lawn and Garden Giveaway Sweepstakes was a clever cross-merchandising approach for both Scotts and Miracle Gro. With the advent of spring just six weeks away, these ads channel the awesome array of possibilities- from planting gardens and barbecuing, to home workouts and backyard games. Celebrity guests like Martha Stewart, Emma Lovewell, and John Travolta show just how easy and fun a backyard makeover can make your home for the rest of the year. With Paramount Pictures, the Paramount Mountain ads were a hoot! Structured as a three part sequel, these SuperBowl ads summon the vast variety of characters from the widespread content available on the Paramount PLUS+ Streaming service. To keep up with competitors like Netflix, Hulu, and Disney+, I commend Paramount’s innovative strategy to encapsulate their entire portfolio of content, by inserting a cast of characters on this quest to the summit of ‘Paramount Mountain’. The Mountain is iconic as the company’s logo, but I love the ability to build a plot over three full advertisements and to do so with humor, intrigue, and crossovers. Their messaging strategy is that we (Paramount) are not just a cinema conglomerate; We have it ALL; From sports, to sitcoms, to reality tv, film and beyond! 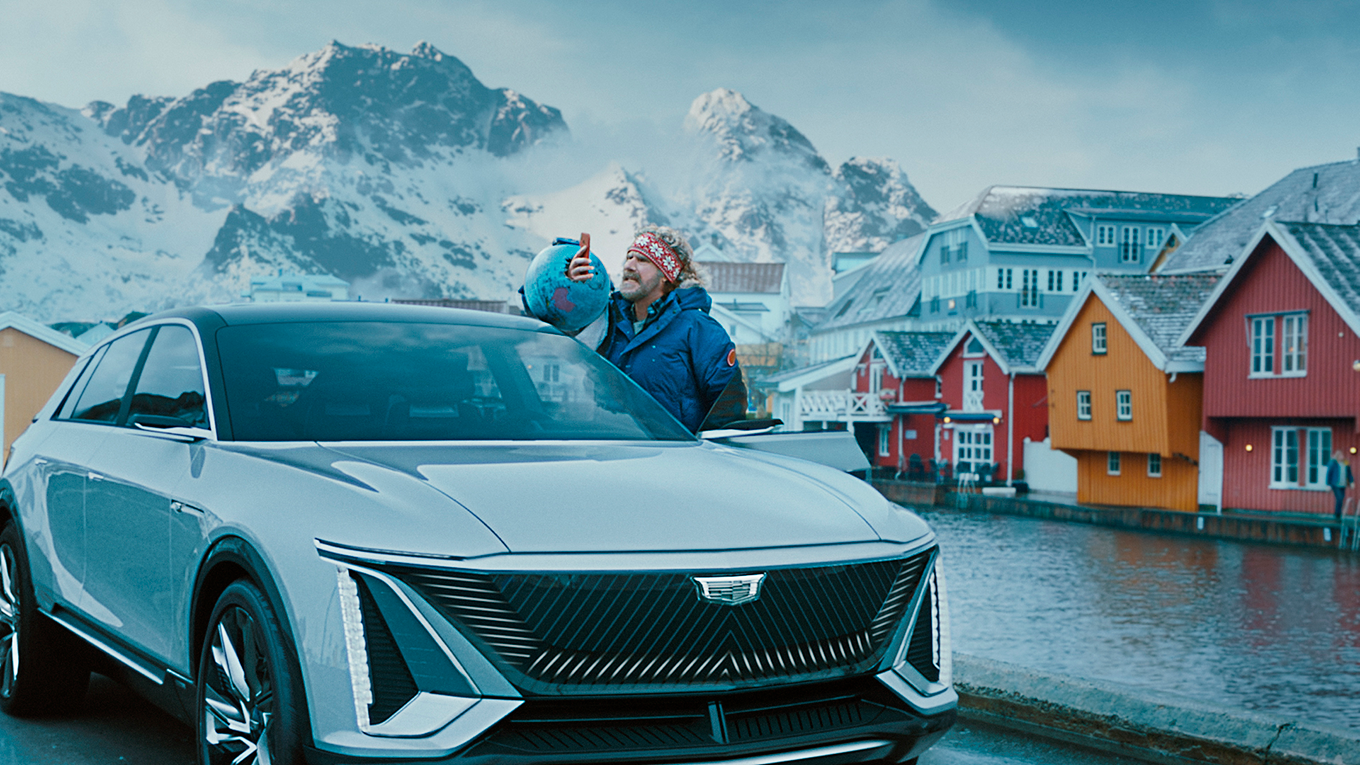 American companies like General Motors (GM) and Michelob Ultra took a far creative approach to their Superbowl ad campaigns this year. Starring Will Ferrell as the spokesman of their 90 second ad, General Motors ushers in their latest and largest electric vehicle initiative by denouncing Norway as selling more electric cars (per capita) than the USA. Through his hilarious journey, Will Ferrell frantically drives door to door galvanizing others to physically depart for Norway (by boat) as a conquest confronting Norwegians in person. With a collectively resounding American-made approach in messaging, General Motors aims to change the tide in public perception when it comes to Electric cars and sustainability. Introducing their new ultium battery, GM’s dedicated mission towards EVs injected with a resounding American-Made ra-ra approach to marketing carries well with focused passion and humor. 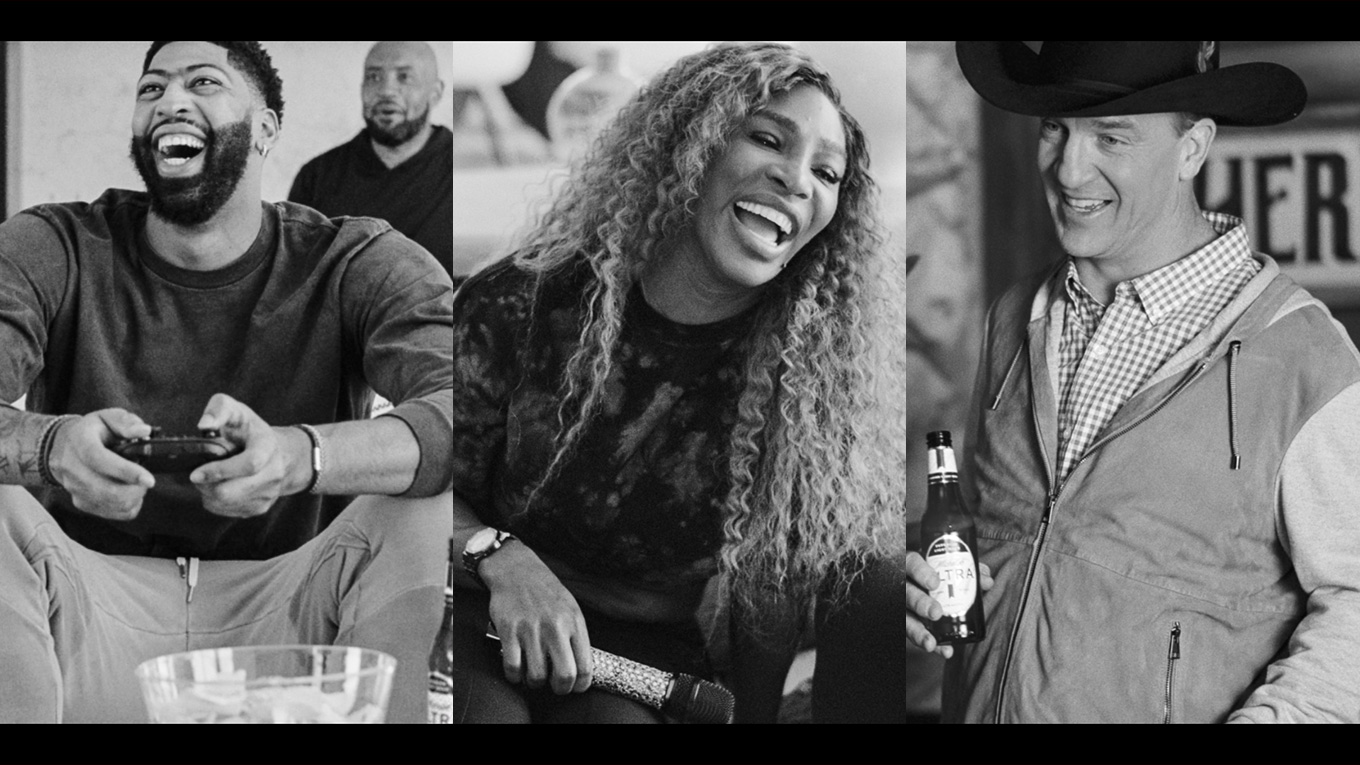 Michelob Ultra’s 60 second ad culminates with the spirit of competition. Through a slideshow, Michelob Ultra’s ad features famous accomplished athletes Serena Williams, Peyton Manning, Anthony Davis and more. Michelob asks us viewers, Are you happy because you win, or do you win, because you’re happy- reminding those in their messaging strategy that it's so critical to enjoy what you do. Michelob’s message that happiness fuels greatness is aligned with their beverages- reminding consumers that joy is packed into every drink.

With their recent new line of organic hard seltzers, Michelob Ultra has shown a high component of adaptability. Historically their beers have been publicly known and dubbed as the lightest beer on the market; Michelob has the keen awareness and understanding that the hard seltzer market is so popular because its light quality and less-filling consumer experience is what derives great joy and happiness in its competitors products. That commonality is shared in Michelob Ultra- something that is expressed as the centerpiece of the brand’s message in these ads. As the alcoholic bev. industry continues to trend towards micro-brews and hard seltzers, Michelob Ultra situates itself for joy and success in the coming years with an ad like this.

To relive these SuperBowl LV advertisements for yourself, check out the links BELOW! 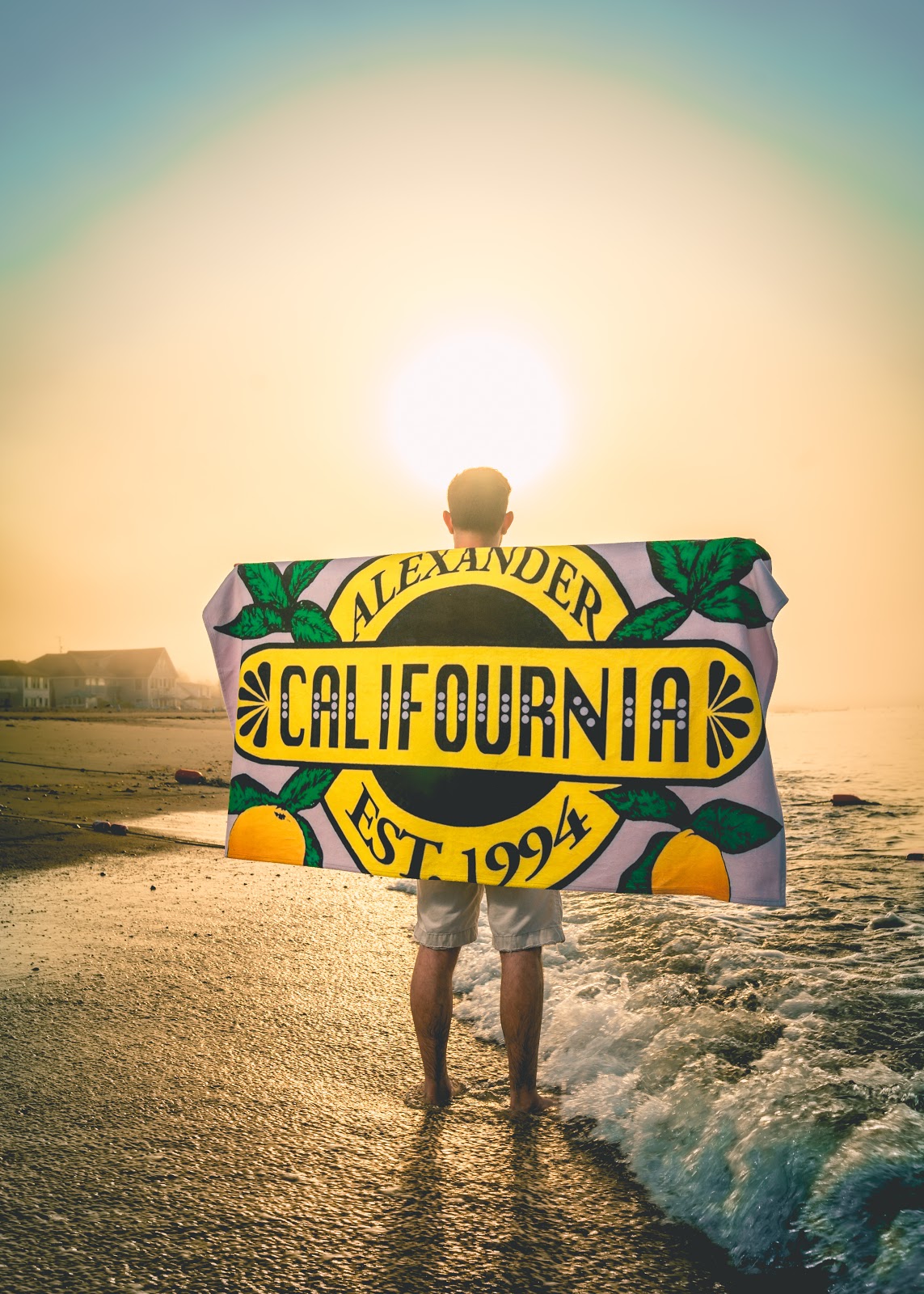